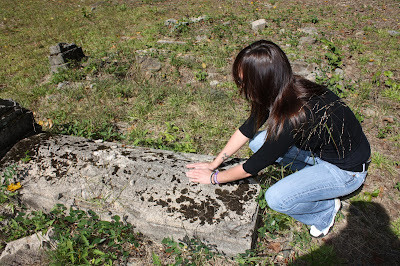 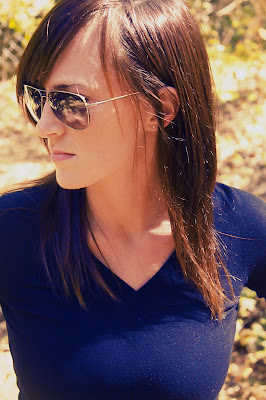 "Let he among us without sin be the first to condemn La Vie Boheme"- Jonathan Larson, RENT.

In January of 2011, my art collective, Dodekapus, and I will be putting on an event. It is going to be called "I Can Dream All Day," and as the title explains, this is a dream based show. In our event, with all 12 mediums of art utilized, Dodekapus, along with other artist who have submitted work, will explore all notions dream inspired. There will be dreams of night and there will be dreams of day. There will dreams explained by science and dreams explained by metaphysical phenomenon. I, being a creative writer and a paranormal, wrote a proposal for nightmare. As a writer first and foremost, my proposal was meant to showcase a collective creative writing piece done by the writers in my collective, but as most collectives work, once an idea is put forth and the "collective" created brain of the group starts moving, one simple idea turns into a mammoth work of genius that only the intensely creative members Dodekapus could dare to conspire to create. This simple proposal for a creative writing piece ended up placing my friends (and fellow Dodekapus members) and I in a graveyard in Mabelton, Georgia, on a Tuesday afternoon in October of 2010. This graveyard is known by the residents of Mabelton as "The Witches Graveyard."

Not much is written about this graveyard. In fact, the only information I can find on the Internet is stories of fear and ghostly haunts when one enters the property. Tons of homemade videos of brave souls entering at night are posted all over You Tube, but the only thing seen in the all the footage is broken and dilapidated tombstones, and the only thing heard is the "What the f*ck was that..." of the person who has entered. As far as written stories, I have read accounts of people coming out of the graveyard with scratches (something I am all too familiar with) and bite marks on their bodies. People claim to hear tribal drums, and conversations that are not of a physical being. All and in all, from what I've read and from my own experiences, once one goes to the Withes Graveyard, one is not the same.

Since finding factual information about the people who were laid to rest in the graveyard is almost impossible, the events leading up to their deaths are all stories told by word of mouth. My friend, Melanka Joy, who grew up in Mableton shared with me the story as she knew it. It seems that a few centuries ago there was a little village in the Mableton area. As the story goes, the inhabitants of this area were deemed by neighboring villagers to be "witches." Being a "Christian" area, the fate of the witches was decided by the other villagers. They had to die. How they were executed, I do not know, but messages of violence and fear filled my mind when I was at the graveyard. Men, women, and children all lost their lives in a brutal way in the name of God. Their bodies were thrown together on a piece of property out in the middle of the woods, and if the person was lucky, he or she received a half ass tombstone placed in a haphazard way. Most of the tombstones there are illegible today, but from the ones I could read, most of the people were between the ages of 18-23 when death was brought upon them. Their story has since been lost in the mix of other witches stories, and perhaps overshadowed by the well-documented and publicized Salem Witch Trials that happened long before the Mableton massacre here in Georgia. Although many people who have visited this area have had horrific experiences, my friends and I faired differently when we were there.

Five of us, all local to the Little 5 Points and East Atlanta Village area of the city, met up on this said Tuesday afternoon at our local hangout/coffee shop, Java lords, before heading out to Mabelton. It had been decided at our last Dodekapus meeting that before we moved forward with the nightmare proposal I would go out to the graveyard to make sure it was spiritually safe to bring others out there. Four other people volunteered to go there with me. Trevor, Mel, Matt, Jessy, and I all grabbed our coffees (and a diet coke for me) before jumping in the car and heading OTP* for the day. The car ride was filled with laughter and music as we danced our way up i75. As the roads grew narrow and the trees appeared taller, the sound, the smells, and the energy of the city moved farther and farther away from us. We turned down many quiet roads, and eventually ended up at a dead end. Before us was the graveyard. Getting into the graveyard meant that we had to break in. We climbed through a hole in the fence, as so many had done before us, and came out on the land inhabited by the spirits of witches. As we entered one by one, the laughter dissipated and a sober, quiet energy resonated amongst my friends and me. Before us was an overgrown cemetery with tombstones that had been pushed over and tagged**. After being heavily involved in Living Walls, I have grown quite familiar with the rules of street art, and I know that tagging a historic area is a no no. I, too, personally feel that tagging a tombstone regardless of how long it's been there is completely disrespectful, and should never be done by anyone no matter how talented the street artist is or thinks he is. We all separated as we moved through the weeds in the graveyard. Matt and Trevor picked up some of the tombstones and tried to place them back in their upright positions. None of us were afraid, but all of us were sad. I saw a few spirits; one of a man and two of women. I could hear children's laughter. It seemed there was a friendly game of tag amongst the children in the graveyard. I turned to male spirit to start some form of channeling and conversation.

"You and your friends. You're all like us," he said as he went away.

I held back my tears as the realization of what this man had said resonated through my bones. We were like those here who had been put to death. My friends and I are different from mainstream America. Of course it's pretty clear that if I had lived in those days with the abilities I have, I, too, would have slaughtered, but it never dawned on me that my friends would possibly be convicted as well. Were the people buried here actually witches in their day? I don't know. Or, perhaps, they were just people who lived life differently than what was considered normal. And does it really matter? Aren't we supposed to have freedom of religion in this country, anyway? For whatever reason, their lives scared people. Maybe they danced a little too much. Maybe they played their instruments a little too loud. Maybe they used the plants of the earth to create medicine to heal their sick. I looked around at the faces of friends. Friends that, with me, dance a little too much, and played their music a little too loud. Friends that, again, with me had roamed the streets of Atlanta in full body paint. A group of people that are happily different. Through my friend's eyes, I could see them paying their respects to the inhabitants of this land. Even though we live in time of freedom, that freedom still isn't free. No, villagers will never come to hang me, but since coming out as a paranormal, I have been banned from a church and I get my fair share of death threats. My friends, who live their lives as artists, have faced challenges as well because it's still, in a lot of ways, not OK to be different. We all said our goodbyes and soberly got back into the car. None of us had been scratched.

As it stands now, I am going through paperwork with the Cobb Country Police department. We're trying to get a permit to shoot on this land for our show. Some might accuse us of exploiting the story of this graveyard, but I beg to differ. We're bringing light to a group of people who unjustly lost their lives because they were different. There is no historic marker on this land. No groundskeeper. No one to wash away the spray paint, and I have made it my personal mission to see these people have the respect they deserve...

The funny thing is... graveyards are normally the last place you'll find a spirit (or ghost). Hell, would you want to hang out in a graveyard when you die? But this graveyard is special because the people who dwell have a story that needs to be told.


WARNING: This graveyard is heavily patrolled by the Cobb Country Police.


*OTP is a term used in Atlanta. It stands for Outside The Perimeter. The 285 freeway circles the city of Atlanta. When someone says they're going OTP they mean they are going outside of the 285 circle. The opposite is ITP or Inside The Perimeter.

**Tagging is associated with street art. A tag is a name or symbol meant to represent the artist that did the work.

For more information on Dodekapus or the upcoming Dodekapus show please visit our website at www.dodekapus.org. For question on where to send art or to get involved with Dodekapus please email us at dodekapus@gmail.com.

IF ANYONE HAS ANY INFORMATION PERTAINING TO THE WITCHES GRAVEYARD PLEASE EMAIL ME AT briceelizabeth83@yahoo.com OR AT dodekapus@gmail.com
Posted by Brice at 10:09 AM