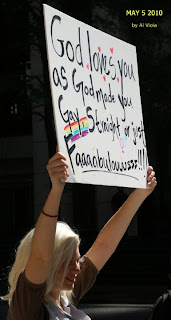 When I packed my bags in California, I had every intention on staying in Atlanta for the holiday season; however, immediately abandoning this upbringing and hightailing it to New York City to start a new life as a single girl at the start of the new year. Full of writing opportunities, a new outlook on being paranormal, and hope for a better future for myself, it was never in my own personal plan to stay in Atlanta. Why would I stay in here? I grew up in and around this city. In my head, there was nothing here for me. Nothing but pious churches, sweet tea, muggy summers, and bittersweet memories of a childhood I would rather soon forget. There is a saying that goes something like, "If you ever want to make God laugh, just tell God your plans." Well, what the universe had in store for me, in Atlanta, was beyond my wildest dreams. In readings* I do for others, when talking about bad a situation, out of the person's control, I say "Sometimes divine intervention comes in the form of tragedy." It is never easy for me to give out advice, and sometimes I turn a blind eye to what is happening right in front of me. I tend to ignore my personal divine intervention. But for me, my tragedy was the end of my relationship with a man I lived with and loved. My intervention was the universe getting me back to Atlanta. The divine part came in the form of beautiful, blonde, 22 year old girl named Haley.

Once I decided to stay in Atlanta, I began my quest of building a life for myself. As is true in every one's life, I tend to meet people through other people I have known before in my life. With the magical help of facebook and other social networking pages, my chain of friends began to grow. This chain, one night, led me to Young Blood Gallery, an art gallery on N. Highland nestled between Little 5 Points and the Highlands. Once arriving at Young Blood, I was greeted by a man named Jeremy. This man was dead, and wanted to talk to me. Not sure of what to do in this situation, since I was amongst strangers, I turned to my friend Elizabeth (who brought me to Young Blood and knew of my abilities) and asked her for help. "Just tell the owners," was her response. After gathering up my nerve (after all I still struggling with NOT wanting to look like a freak), I walked up to the manager, Jen, and told her about Jeremy. To my surprise, Jen and the owners were OK with what I am, and they had plenty of questions for me. We talked for a few minutes, and as we were departing I remembered them saying something about a girl named Haley, who worked there too, and could see the dead just like me. Letting it pass, I left Young Blood that night totally unaware of the friendship that was about to enter my life.

A few days later, I received a message and a friend request on facebook from Haley. In her message, she asked if we could meet and talk. We exchanged numbers and agreed to meet at Carroll Street Cafe, a little cafe in Cabbage Town. On a cold Wednesday morning in February, I met the girl who would end up warming my soul, and therefore, my life.

Once in a comfortable environment, Haley and I spoke of many things. Growing up in Macon, GA, Haley's story was very similar to my own. She, too, had her fair share of attacks, visitations, and the constant harassment from beings not in physical form. We spoke of our stomach "situations," for being a medium (as another medium described to me) your soul and spirit are on a different levels than the average person, thus, your body can't keep up, leaving the medium with terrible digestive problems. We spoke of our desire for all individual to be equal, and our personal fight to allow any people the right to marry. We talked of our desire for peace and acceptance among mankind, and our love for animals. I, on the verge of going vegetarian, and Haley, someone who had been vegetarian and vegan at different times in her life, both have the ability to see and feel animal spirits, leaving us with a constant struggle not to eat another being, created by God, with a spirit and a soul. As our friendship progressed, Haley and I became best friends. A friendship, unlike others, for Haley and I understood each other. Our conversations left that of paranormal phenomenon and moved on to other things, but deep down, we knew that out of every person we each knew in the world, we were the only two that understood what a "bad day" truly meant. We started doing readings* together, using our abilities to help people, and using each other to grow in this gift the universe had given us. "I think we were sisters in past life," Haley said to me one afternoon in the car. I shook my head yes. I had known Haley before, and would continue to know Haley throughout the rest of this life, and whatever lives we have left on this earth.

On Friday April 9, 2010, Haley called me. "Come to an art show tonight," she said. "It's in Castleberry Hill, and I want you to meet my art collective." I agreed to meet her there early, but due to getting lost and circling the Georgia dome multiple times, I arrived late. Finally, what I walked into would, again, change my life for the better. In this room of was a bunch of young people... all artist, pure artist. There were paintings on the wall, live work going on, bands preforming, and people dressed in costume with body paint from head to toe. The night was pure madness, good madness, and as the night ended, I went home with a smile on face.

This family is known as DODEKAPUS.

*Readings is the word that I (and Haley) use to describe what we do when we work with others on a paranormal level. It involves "reading" into people's energy to see and communicate with spirits that might be following that particular person.
Posted by Brice at 12:46 PM